Ta Chi Nhu in northern Vietnam highlands is mesmerizing with its clouds and blankets of violet flowers along the slopes in October.

Dubbed the Roof of Yen Bai Province, the 2,979-meter Ta Chi Nhu peak in Tram Tau District is Vietnam’s seventh highest. Despite its evident attractiveness, it only became famous in the Vietnamese trekking community in 2013 after a few photo albums of the mountain were uploaded on the Internet and described as "heaven on earth."

Since the arduous trek was to take seven or eight hours, including a break for lunch, our group of 17 traveled from Hanoi to Tram Tau Town, 15 kilometers from our starting point, the previous afternoon by car and stayed the night. An alternative destination is Nghia Lo Town, 30 kilometers from the trek's starting point.

After a quick breakfast at Tram Tau, we traveled on a bone-jarring15-kilometer journey to our starting point, called Mo Chi area. We held a quick discussion with our guides and porters before beginning our trek at 8 a.m. With the porters along, we only had to carry light baggage with snacks and water.

If you travel in a small group, at the starting point at Mo Chi, you could ask for permission to pass through a small factory, which greatly shortens the initial portion of the trip. But since we were almost 150 strong, the factory did not let us through, and we had to take a narrow side route through two large streams. This rock-strewn portion alone took us almost an hour due to the crowd that day.

After crossing the streams, we climbed a few hills before stopping for lunch at 12:30. Most of us were by now more tired than we should have been due to the heat and lack of trees to provide shade along the way. We took time to relax since we would soon be confronting one of the most challenging slopes on the trip, Hai Cay.

Despite its steepness however we climbed it more easily than we had expected since we frequently stopped to take pictures of the beautiful scenery. We passed through a small bamboo forest before reaching our camping site at 4:30 p.m. We were just two hours from the peak, according to our guides.

Built in 2019, the new campsite can host around 120 visitors at night. So a few of us had to set camp outdoors. The situation was not that uncommon, Giang A Long, one of our porters, said, adding one day there had been over 200 trekkers.

The campsite has two separate wood lodges with two clean toilets and shower areas. You could buy a bucket of hot water at VND50,000 or $2.2 though you might have to wait in a long line for your turn.

We had dinner at 7 p.m, before hastily tucking in to rest for the following day.

The weather up in the mountain was chilly, with strong winds and a cold night rain lasting until morning. As we woke up, we feared the ascent would have to be canceled since the rain had made the path slippery. But our group leader came in with the good news that the rain had been light and we could continue as planned.

After breakfast, we started at 7:30 a.m, and hour and a half later than planned. After 30 minutes into our trek, we were surrounded by wild violet-colored flowers called chi pau, meaning "unknown" in the ethnic H’mong language. Unfortunately, due to the rainy weather, we did not have the ideal lighting to get pictures of the flowers, but we made up with our enthusiasm.

After another hour we reached the peak. We had amazing views of a mesmerizing layer of clouds and the violet of the wild flowers below.

Linh Dinh, a first-time trekker in our group, said she found the climb a bit hard. But with the other members and guides giving her a hand, she managed to finish the trek, which made it worth the effort.

As we descended, we took a quick stop at the campsite for some snacks before continuing down.

The trip down only took us around four hours, partly because we were allowed to go through the factory. Our group finished at around 4 p.m, took a ride back to Tram Tau Town for a hot shower, and left for Hanoi at 7 p.m. 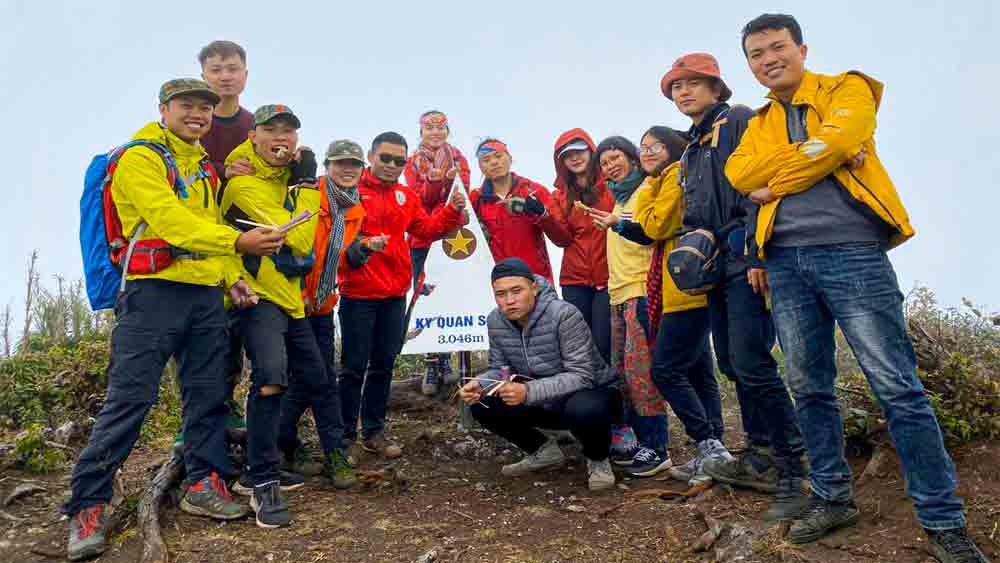 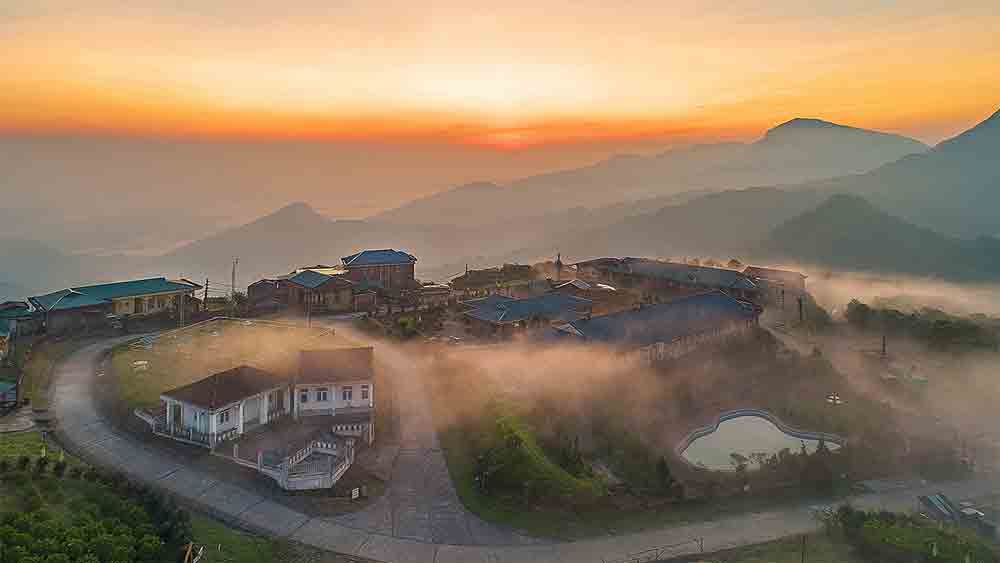 The seasonal loveliness of Mau Son mountain
Photographs of the Mau Son range in northern Vietnam, taken over several years by a local lensman, reveal its diverse charms. 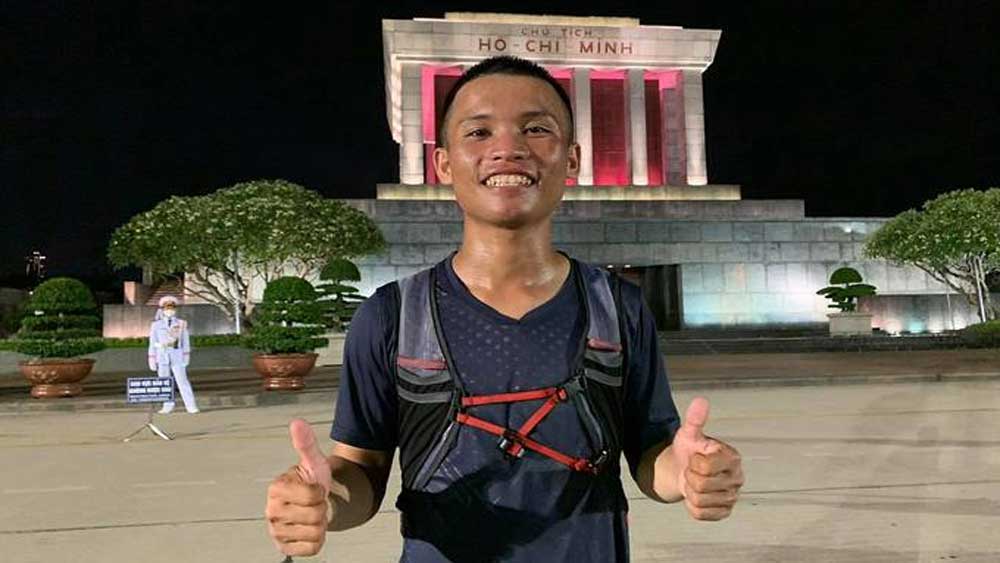 Trans-Vietnam journey foots mountainous classroom bill
A man traveling from Ho Chi Minh city to Hanoi on foot has raised over VND127 million (around $5,500) to build classrooms for children in mountainous areas. 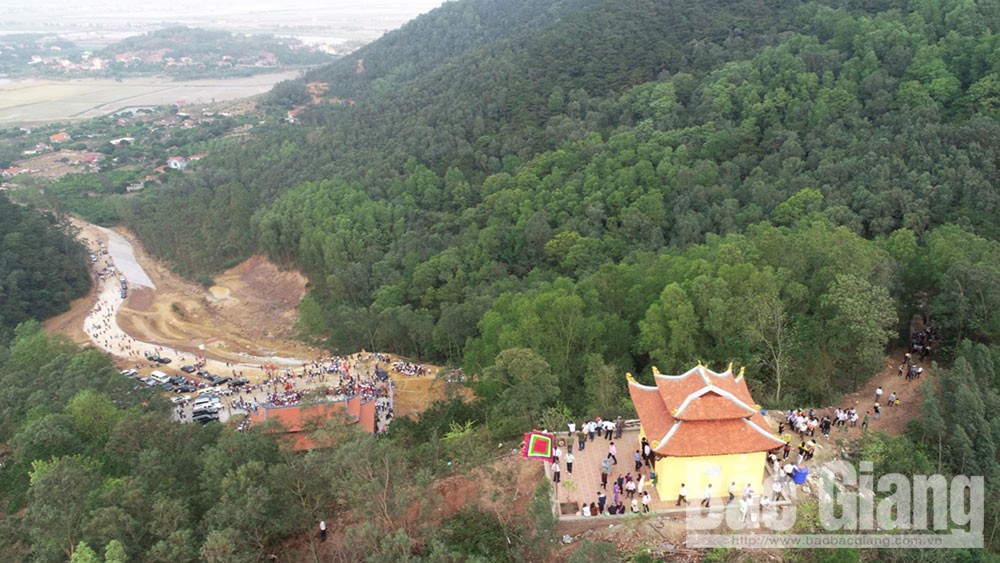 Than Nong Temple stands next to Huyen Dinh mountain range
(BGO) – A temple dedicated to Than Nong (Shennong in Chinese and the Divine Farmer in English), located in Ho My village, Cam Ly commune (Luc Nam district, Bac Giang province), was built on ancient traces of the mountainside of Huyen Dinh range looking towards Luc Nam river. 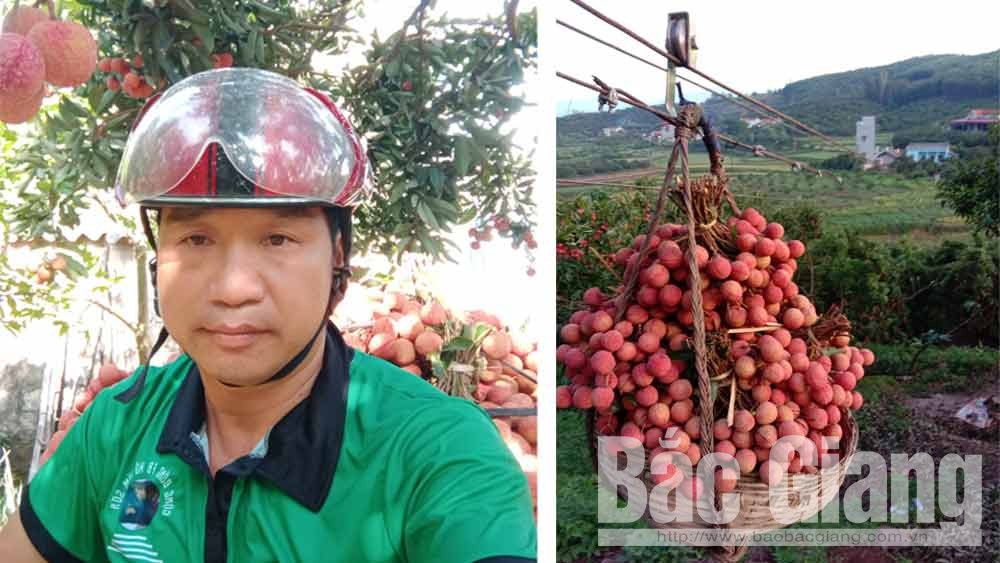