Many foreign tourists have started returning to Vietnam since the country fully reopened on March 15. Here are four expensive travel experiences in the country for the well-heeled.

Banyan Tree Lang Co in Phu Loc District in the central province of Thua Thien-Hue has launched a luxury combo package for couples.

For $27,000, you will stay for three days and two nights at a million-dollar villa nestling in a mountainside. There will be Thai-style afternoon tea at the Saffron restaurant, a cocktail party at the Love Night villa followed by dinner.

The package includes a diamond ring for the lady.

Built on Lang Co Bay, famous for its pristine beaches, majestic mountains and tropical forests, the resort has 72 villas.

From here, guests can visit Hue and its Imperial Citadel and Hoi An, both UNESCO heritage sites.

Last year the resort was named among the 30 best in Asia by British magazine Condé Nast Traveler.

Bay View Villa at Amanoi Resort in the south-central Ninh Thuan Province overlooking Vinh Hy Bay offers stays of up to $7,000 a night, making it the most expensive resort in the country.

It has five bedrooms, a swimming pool, lots of greenery, and an idyllic ambience. It has a blend of contemporary and traditional Vietnamese architecture, and all rooms offer breathtaking views of Vinh Hy Bay and pristine beaches.

Situated in the Nui Chua National Park, a UNESCO world biosphere reserve, Amanoi was Vietnam's first six-star resort and has a total of 36 villas.

Guests can also kayak and catamaran, dive to explore coral reefs in Vinh Hy Bay, discover Cham culture, and climb to the top of Chua Mountain at a height of 1,000 meters above sea level.

Before the Covid pandemic hit the country in early 2020, a four-day expedition to the Son Doong Cave in the central province of Quang Binh cost VND69.8 million ($3,000) with private tour operator Oxalis being the only one licensed to take tourists to Son Doong.

Only 1,000 people are allowed to visit the world's largest cave each year due to environmental concerns.

Provincial authorities only allow tours to the cave between January and August, and the cave is closed the other months to allow its ecosystem to recover.

On the expedition, tourists can explore the cave together with a specialist, traverse unique underground rainforests, wade through rivers both above and below ground, and scale the 90-meter "Great Wall of Vietnam" at the end of the cave with ropes and ladders.

Each tour party has a maximum of only 10 guests but 30 people are needed to serve them - 22 porters who carry their luggage and also food for the four-day trip, five safety assistants, an international guide, a cave expert, two chefs, and a ranger.

In 2019 the Northern Vietnam Helicopter Company launched a tour that allowed tourists to watch UNESCO heritage site Ha Long Bay from the air.

After being suspended for a long time due to Covid, the service is scheduled to resume this month.

People taking off from the Tuan Chau helipad can see Thien Cung Cave, Ti Top Island and other magnificent islets. Hanoi makes most of SEA Games opportunity to boost tourism
Hanoi will bring into full play the opportunity of hosting the 31st Southeast Asian (SEA) Games in May to attract tourists to the city, according to the municipal Tourism Authority. 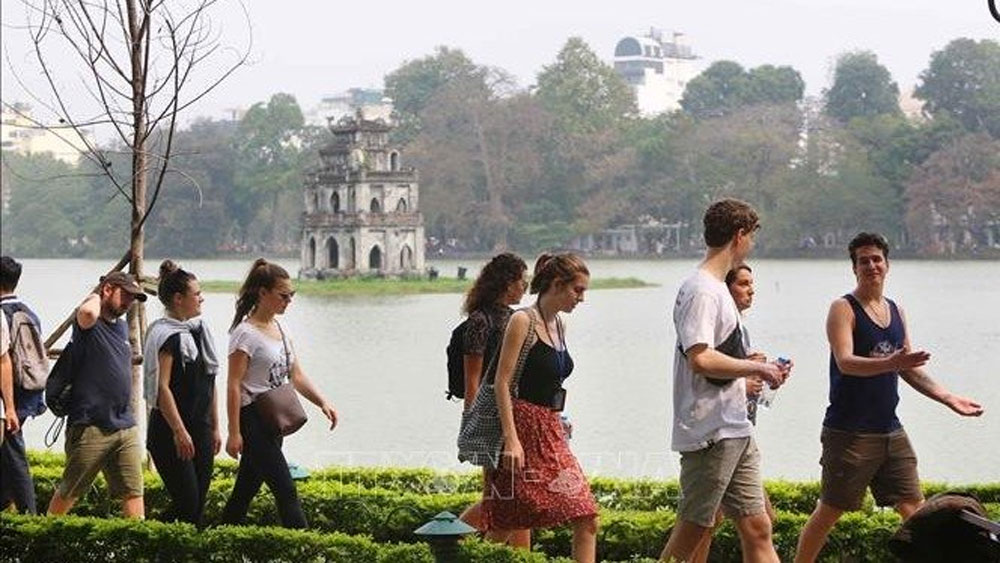 Vietnam - An attractive destination for international tourists
Analytical data from Google Destination Insights has shown that the volume of international searches for Vietnamese tourism from the beginning of 2022 to now, in both airlines and accommodations, has increased by more than 75%, reaching the highest rate globally. 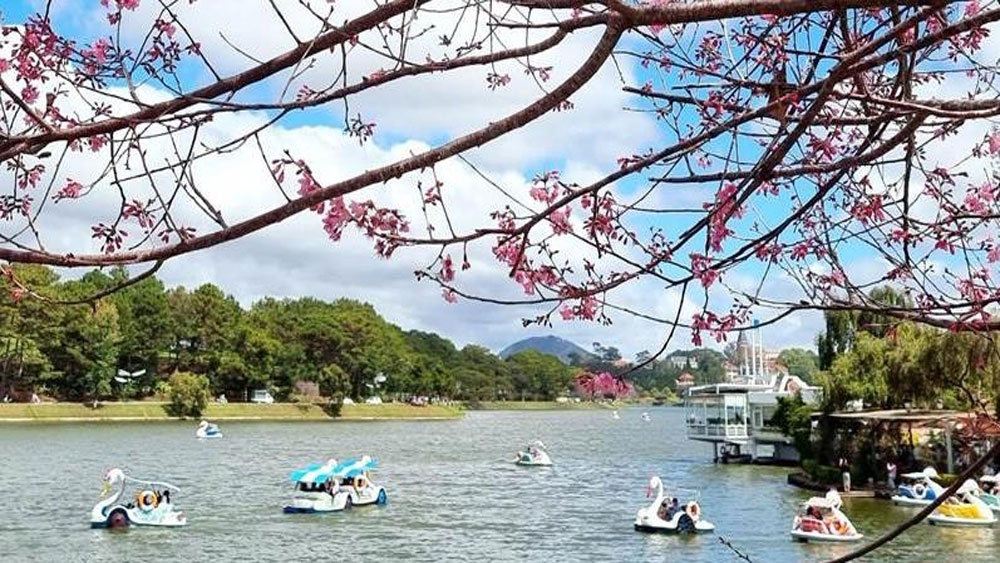 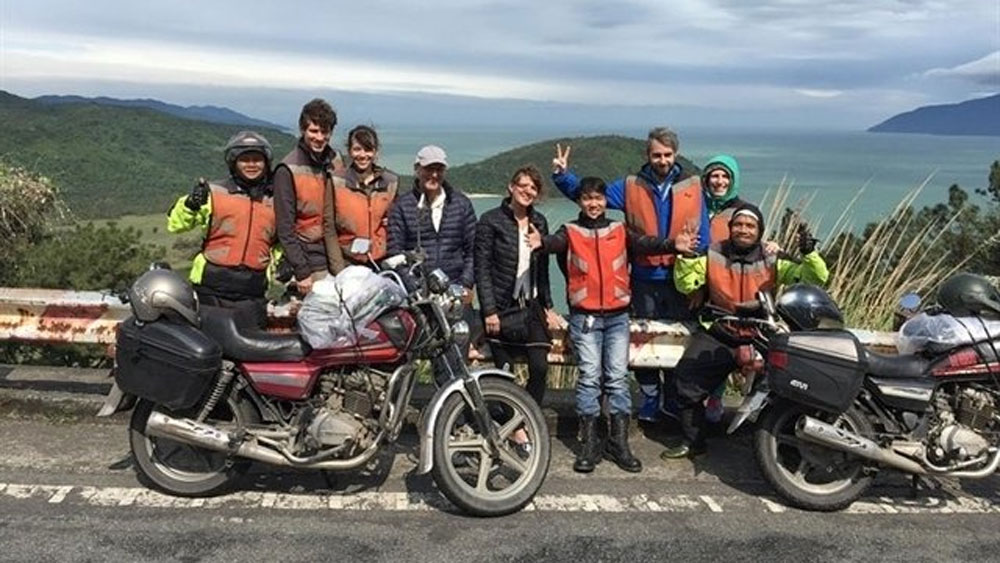 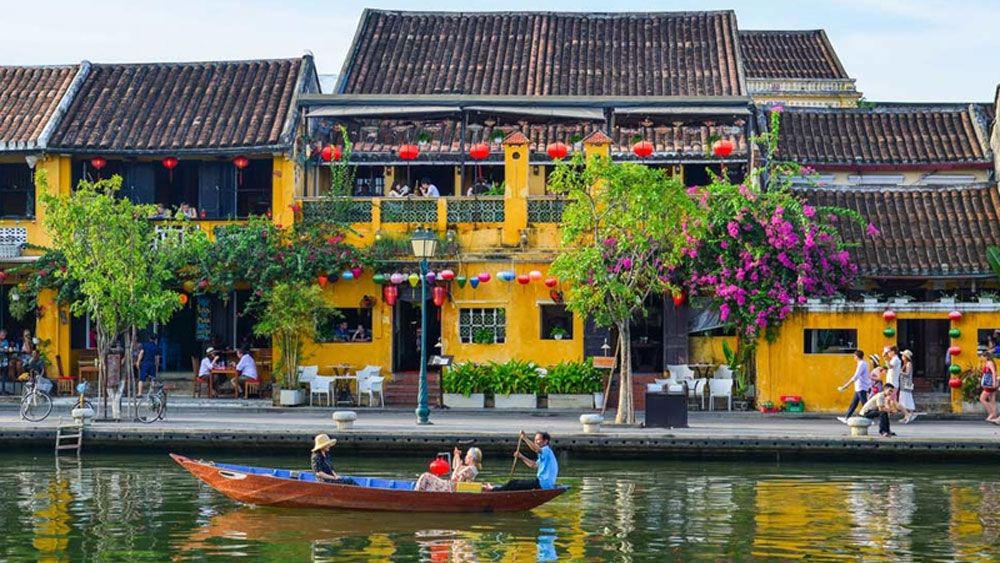 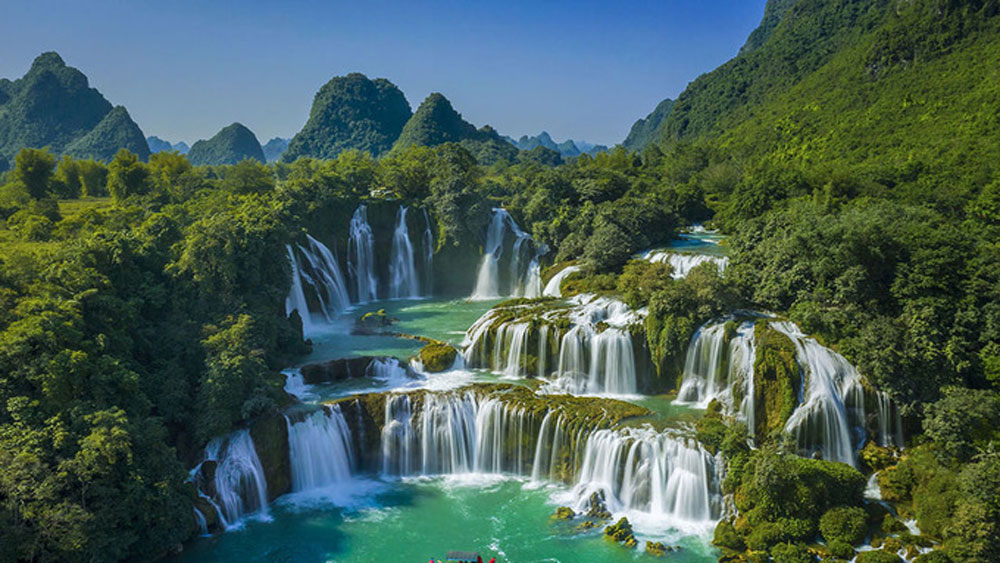