After three years with many field trips to various regions and meetings with cultural researchers, over 20 first episodes of the project ‘Vietnamese Mother – Mother Goddess Worship religion’ have been finished, initially bringing a basic and general view of the values of this religion – an intangible cultural heritage of humanity.

Religions that can clearly express the heart, feelings morality of a nation in the world as Vietnamese Mother Goddess Worship are rare. It reflects a positive outlook towards good wishes for people and their families in real while exuding the beautiful values of patriotism and national heroism.

In addition, the religion is considered as a living cultural museum of the Vietnamese people with a treasure of legends, stories and mythologies of gods and goddesses as well as a diversity of oral literary forms, architectural arts, fine art decoration, musical performances traditional handicrafts.

However, in modern life, many people have used to take advantage of to cause a phenomenon of superstition. The belief also faces other challenges, including the public’s poor and inadequate knowledge of the values and practice of rituals. These are the reasons why those who are deeply attached to this belief are determined to pursue the project ‘Vietnamese Mother – Mother Goddess Worship belief of Vietnamese people’. They wished to create a lively store of documentary photos on this endogenous belief, bringing the public closer to the heritage’s original values.

The long-term project was defined to consist of 108 episodes with a duration of 12-15 minutes each. It was divided into five parts with complementary content pieces. The first part focuses on the origin and development of Mother Goddess Worship, while the second discusses the role of Tu Phu (Four Realms of Places) in the worship of the Mother Goddesses of the Three and Four Realms or Palaces.

In the third part, viewers will be introduced to the unique rituals and values of the religion. In addition, the fourth section codified gods and goddesses, dong and ba dong (male and female mediums), hat van (spiritual singing), dang (assistants), costumes, offerings votive papers. The last will give ideas on the preservation and promotion of the cultural values of Mother Goddess Worship belief in contemporary society.

The project’s manager Dam Lan said that there have been many research projects and books on the above issues, but most of them highlighted only a specific aspect. Moreover, the spread of traditional culture needs an appropriate method in the period of audiovisual means’ development, while the reading culture is facing numerous challenges.

The ‘Vietnamese Mother – Mother Goddess Worship’ project – the first series of films conveying both an overview and detailed information about the spiritual, cultural and historical values of this belief is considered the correct way to help viewers protect themselves against the wrong side and practice the beliefs properly.

Despite passing one-fifth of the journey, the first episodes showed an extensive investment of the gray matter of experts and researchers as they thoroughly comprehend specific contents such as who do Vietnamese people worship, what are the three and four realms and why do the ritual of spiritual mediumship?

In addition to film screenings, a wide variety of seminars, exhibitions performances will take place under the project. Three programmes affirming the values of Mother Goddess Worship for Vietnamese people’s life and explaining why the religious practice was recognized by UNESCO as an intangible cultural heritage of humanity were introduced to in 2018.

A programme introducing hat van – a kind of traditional music dedicated to spiritual space was also held in late 2019, featuring the participation of cultural and musical researchers as well as hat van artisans. The event was the first in the series of programmes highlighting the specific values that the religion has contributed to the nation’s culture.

According to Dam Lan, this is a non-profit project for the community, receiving widespread support from the majority of religious practitioners, mediums, instrumentalists vocalists. The project has also been accompanied by a Content Advisory Council consisting of many cultural researchers and experts.

However, the project has faced numerous challenges, including a dense travel schedule across provinces and cities to collect documents. In addition, there has not been a complete documentation system on the Mother Goddess Worship.

In order to create an overall picture of the religion in the spirit of respecting history, science, spirit culture, the project makers had to carefully study and refine information based on the consultancy from researchers, as well as the support from practitioners and those who keep genealogies of gods and goddesses and ancient documents.

The project is expected to be completed within five years, but it may take longer to finish it due to financial difficulties. However, the project’s members affirmed their determination to accomplish it as soon as possible. In addition to broadcasting on digital platforms, they intend to coordinate with several TV channels to effectively spread the documentary films about Vietnamese Mother Goddess Worship religion to both domestic people and international friends. 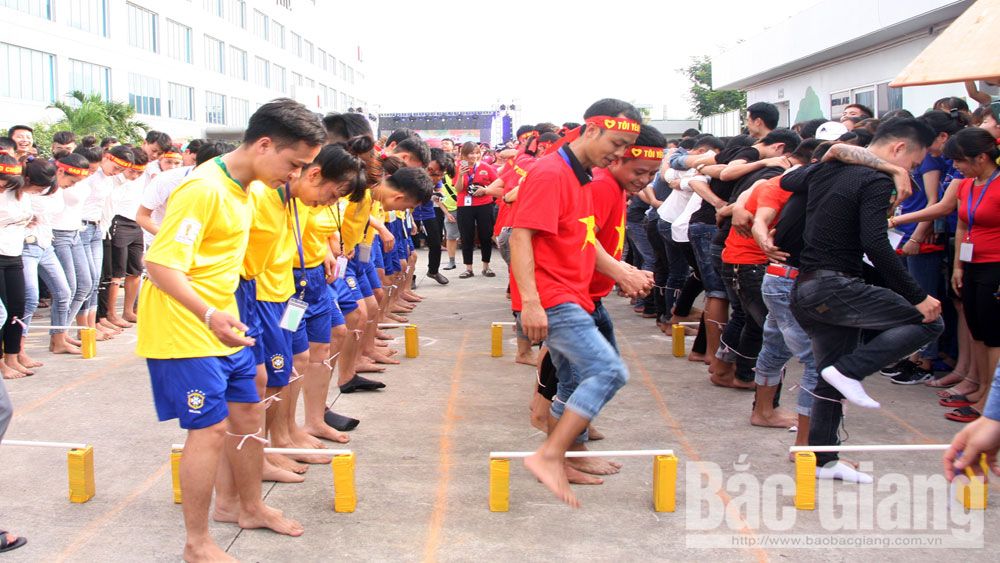 Labors benefit from enterprises’ due attention to cultural and spiritual life
(BGO) – Apart from many activities launched by the trade unions, several enterprises operating at the Industrial Parks (IP) in the northern province of Bac Giang has paid due attention to building the cultural system, organizing art performances and sports events to improve the cultural and spiritual life for the workers after finishing their shifts. 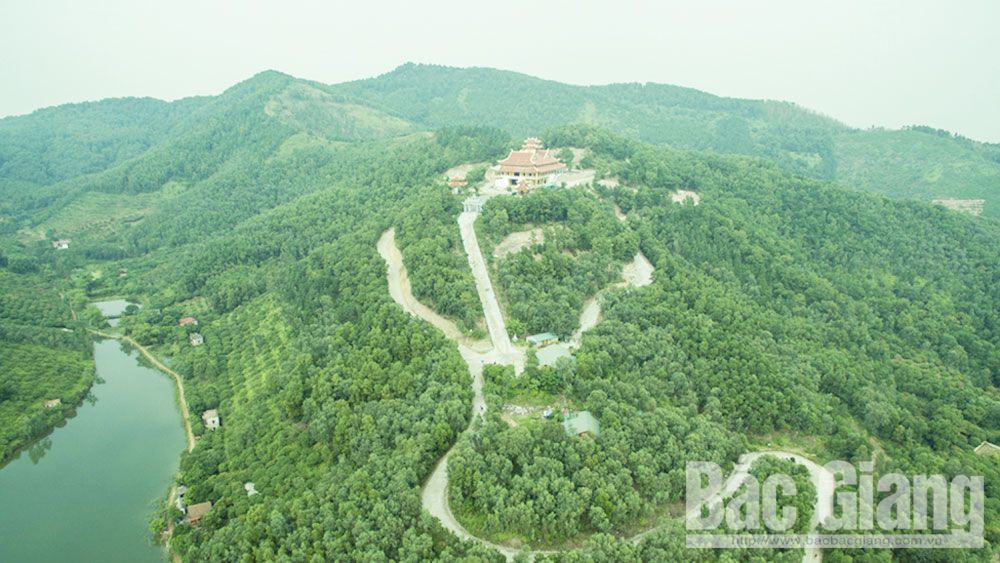 Inauguration of hall of Truc Phuong Hoang Zen Monastery – spiritual tourism spotlight
(BGO) – Construction of the Truc Lam Phuong Hoang Zen Monastery began at the end of 2011 in Nham Son commune, Yen Dung district, the northern province of Bac Giang, with many items completed. The inauguration ceremony of the main hall of the monastery took place on August 29 or the 19th day of the seventh lunar month, opening up new opportunities for local tourism development. 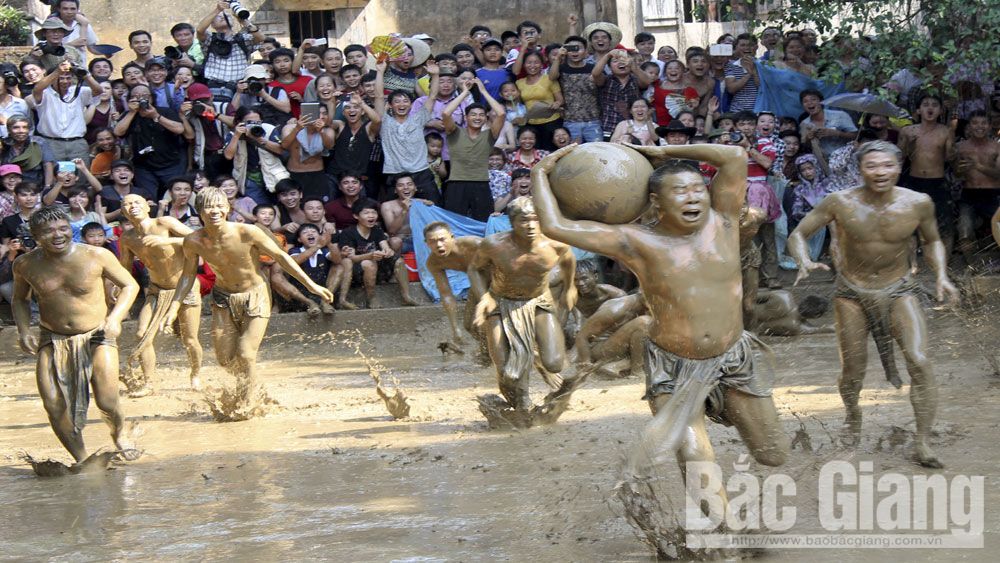 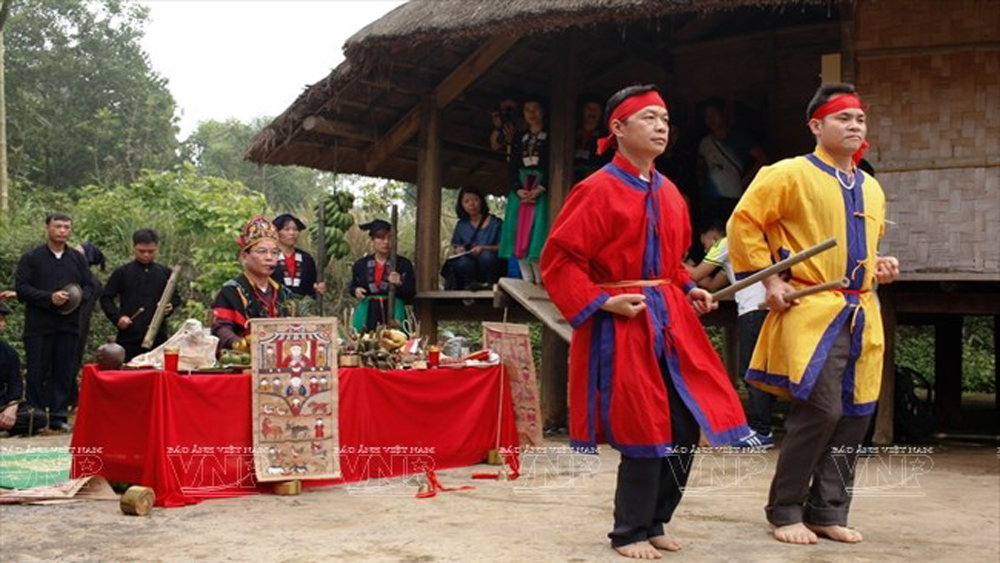 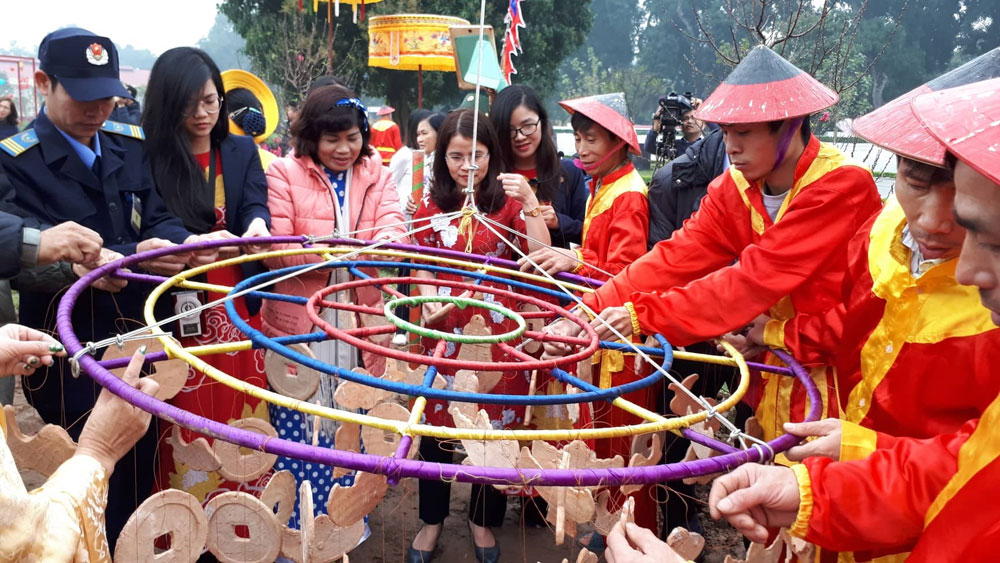 Rituals to see in New Year re-enacted at Thang Long citadel
Traditional rituals to see off the old year and ring in the new year were performed at the Imperial Citadel of Thang Long, a UNESCO world heritage site, on January 26.