The recent programme themed ‘Rang mien ho’ (Radiance of Love Duet Singing Region) was chosen as the highlight of the 2019 'Visiting the land of Quan Ho (Love Duet) singing' Festival, which is held by the Bac Ninh provincial People’s Committee from February 13-28.

The event aimed to promote the beautiful image of the region formerly called Kinh Bac to both domestic and international friends on the occasion of the 10th anniversary of Quan Ho’s UNESCO recognition as an intangible cultural heritage of humanity (2009 - 2019).

Quan Ho singing has become a feature in every festival in Kinh Bac region and cultural identity in the daily life of local people. In 2019, Quan Ho is still a magnet with a strong gravitational force, attracting a large number of visitors to the province, particularly to the annual Lim Festival.

In addition to being effectively preserved and promoted at the Bac Ninh Quan Ho Theatre and the provincial Cultural Centre, the folk art has been seriously and methodically taught and practiced at schools and right in the community. Looking back at the ten years of preserving the value of Quan Ho folk singing, Director of Bac Ninh provincial Department for Culture, Sports and Tourism Tran Quang Nam provided impressive numbers.

By the end of 2018, Bac Ninh preserved and developed 44 original Quan Ho villages, 369 villages practicing the art form and 381clubs. There are now 140 operating Quan Ho clubs in other provinces and cities around the country, with the most from Bac Giang (84 clubs).

Bac Ninh has invited many artisans and artists to join exchanges and programmes promoting the beauty of the heritage to the public in the country and abroad. Over the past 10 years, 1,079 performances have been held, including 916 in the province and 158 in other localities. Quan Ho has been also introduced to audiences in five countries: Laos, China, France, Germany Republic.

Quan Ho practice houses where exchange and teaching activities take place have been rebuilt in the traditional style. Houses, such as those in Lim town, Duong Xa area, Viem Xa village Thi Cau ward, are now famous as they have contributed to connecting the Quan Ho community. At these spaces, younger people have a chance to learn and practice ancient songs and different ways to sing under the instruction of well-known artisans such as Le Can Hong Tinh, musician Duc Mieng and Ngoc Luong, as well as famous singers.

Also over the past decade, the provincial Cultural Centre has arranged more than 20 folk singing classes in eight localities. The Bac Ninh Cultural, Art and Tourism Intermediate School established the Quan Ho Department that has trained 360 artists. Notably, the teaching of Quan Ho signing in schools at all levels has been implemented since 2011.

Efforts to preserve the heritage

Understanding the decisive role and invaluable contributions of artisans in preserving and developing Quan Ho folk arts, Bac Ninh has made significant efforts in implementing mechanisms and policies honoring them.

So far, 71 living treasures of Quan Ho folk singing have been honored, including 30 awarded Artisan titles. The province has also made a proposal to the Ministry of Culture, Sports and Tourism to submit to the President to grant People’s Artisan titles to three Quan Ho artisans and Meritorious Artisan to 18 others.

In addition to encouraging achievements, Bac Ninh provincial government and people are facing numerous difficulties and challenges in preserving and promoting the value of Quan Ho singing. According to Bac Ninh provincial Department for Culture, Sports and Tourism Tran Quang Nam, several individuals and organizations have commercialized the singing form in some festivals, restaurants hotels, affecting the value, image and unique identities of the art form.

Under the rapid process of industrialization and urbanization, several original Quan Ho villages have been developed into wards, so traditional Quan Ho cultural spaces have been gradually narrowed. Therefore, it is crucial to promote the heritage’s potential into a driving force for tourism development. 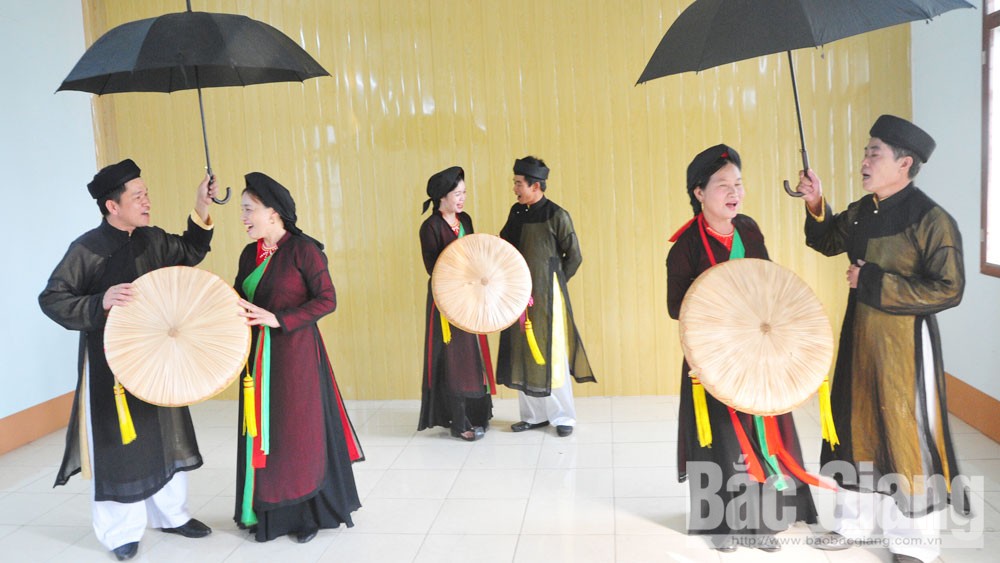 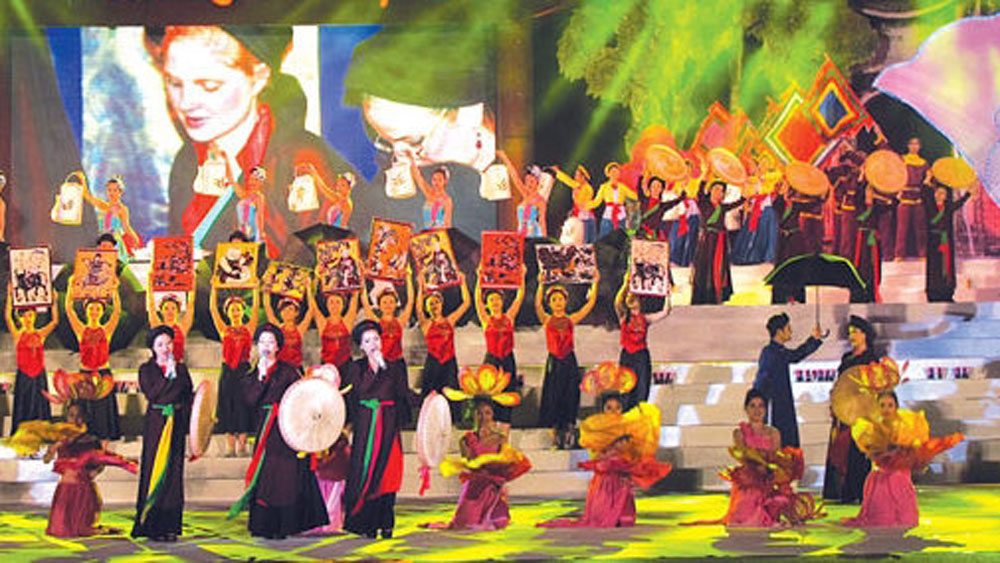 Festival to Bac Ninh love duet singing
The ‘Visiting the land of Quan Ho (Love Duet) singing’ festival 2019 will take place in the northern province of Bac Ninh from February 13 to 28, to mark a decade since the folk art form won UNESCO recognition as an intangible cultural heritage of humanity (2009 - 2019). 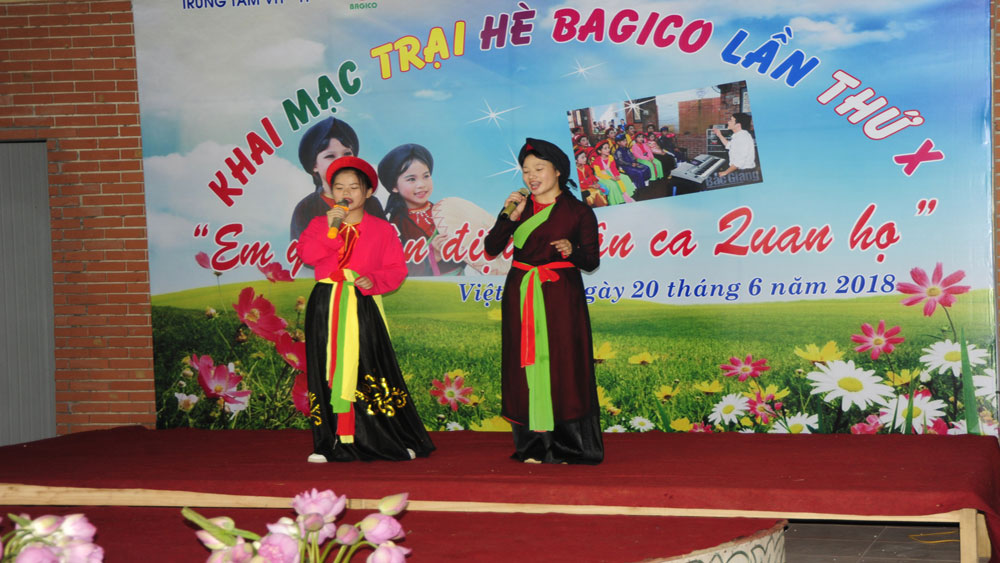 Nurturing passion for duet song
(BGO) – Since being established in 2009 by Nguyen Thi Thanh Thuc, General Manager of BAGICO Joint Stock Company in Vang hamlet, Bich Son commune, Viet Yen district (Bac Giang), the club of “I love Quan Ho folk song” has inspired thousands of youth members to learn the love duet songs, creating a meaningful playground for the youngster and promoting their passion for the unique art form. 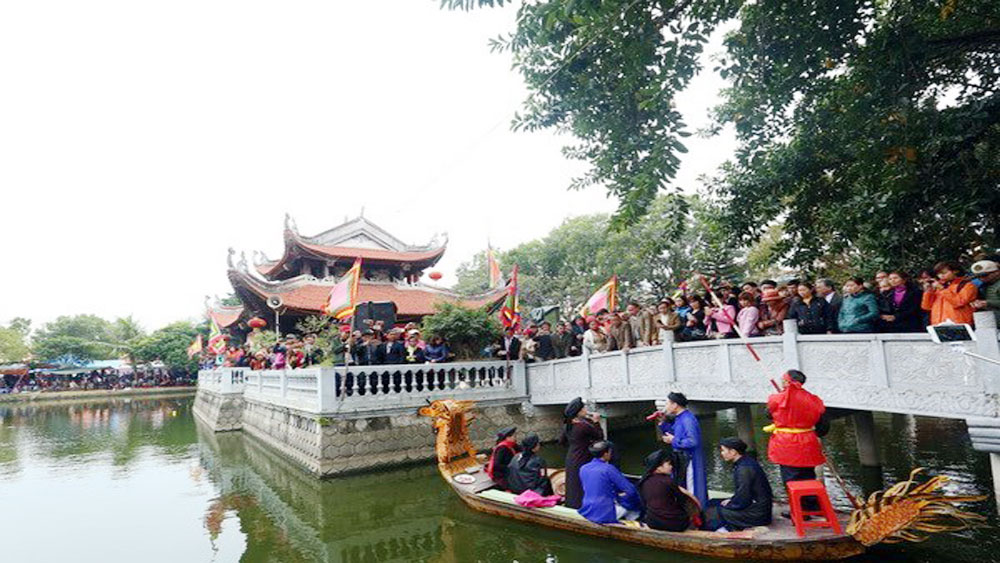 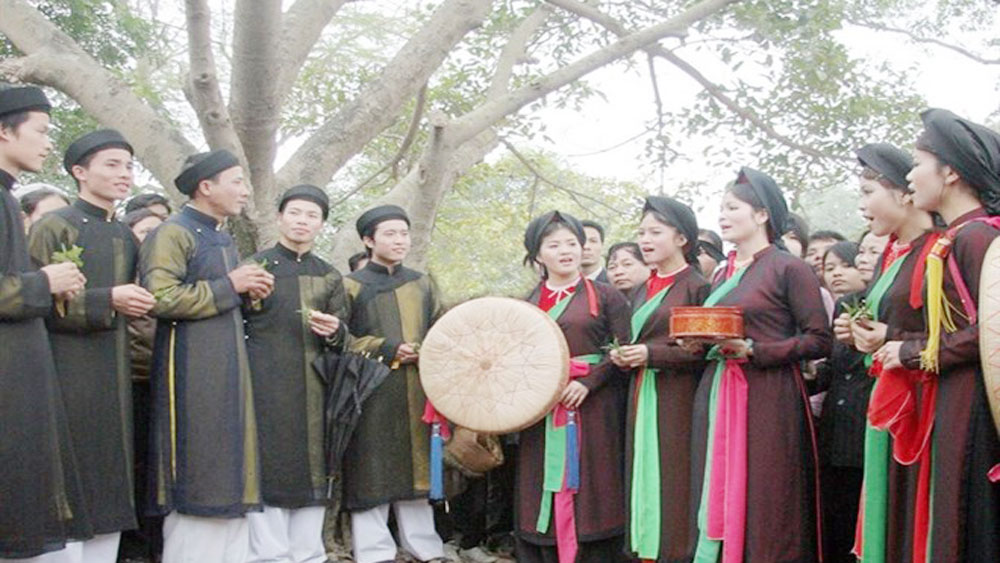