Vietnam has drawn FDI worth $16.74 billion in the first five months of the year, the highest in the period since 2015.

Hong Kong led with $5.08 billion, making up 30.4 percent of overall FDI in the period. They were followed by South Korean and Singaporean investors, who contributed $2.62 billion and $2.09 billion, or 15.7 percent and 12.5 percent respectively.

Over half of FDI from acquisition deals came from Hong Kong investors. The biggest deal is a $3.85 billion deal by Beerco Limited of Hong Kong to acquire a 99.39 percent stake at Hanoi-based beer maker Vietnam Beverage Co., Ltd.

Biggest newly-registered projects include a $260 million electronic equipment factory of a Hong Kong company, and a $214.4 million tyre factory of a Chinese company.

Experts said a major reason behind the registered FDI surge is a number of companies are leaving China for Southeast Asia including Vietnam to dodge tariffs given the escalating U.S.- China trade spat.

Terence Chiu, head of commercial banking at HSBC, told local media recently that factory owners had been shifting production lines to Southeast Asia, particularly Vietnam, to protect themselves from the rising tariffs due to the U.S.-China trade war.

He said the shift had already begun in the last few years after China became more expensive, but the trade war has brought a sense of urgency to factory owners.

Manufacturing accounted for 71.8 percent of all registered FDI in the January-May period, followed by real estate at 8.2 percent and wholesale and retail at 5.2 percent.

Disbursed FDI was estimated at $7.3 billion, up 7.8 percent year-on-year.

The FDI sector saw a trade surplus of $12.73 billion. Its exports, including crude oil, reached $70.4 billion, accounting for 69.9 percent of the country's export turnover.

Vietnam's registered FDI last year were down 1.2 percent from a year earlier to $35.46 billion. Disbursement reached a record $19.1 billion, a year-on-year rise of 9.1 percent. 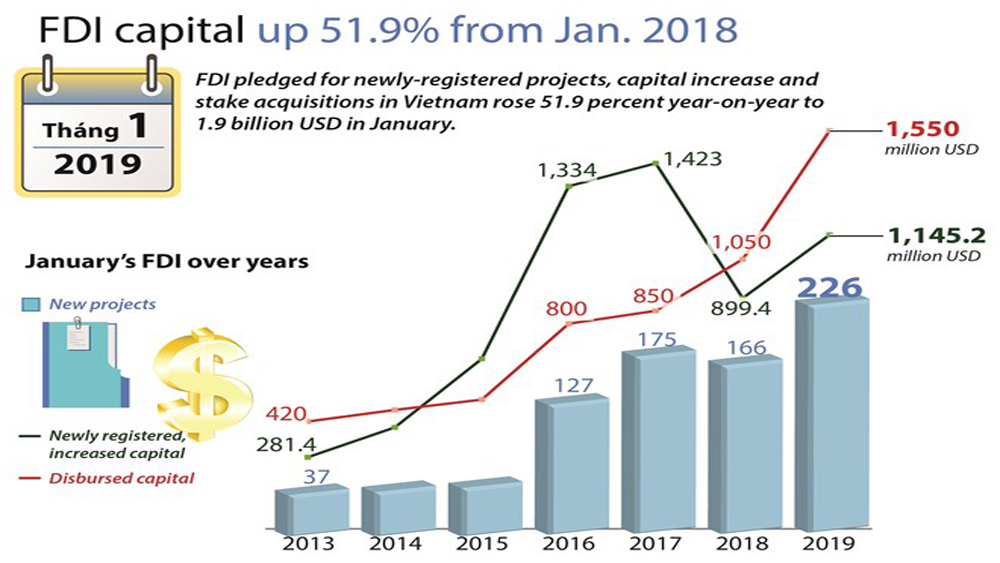 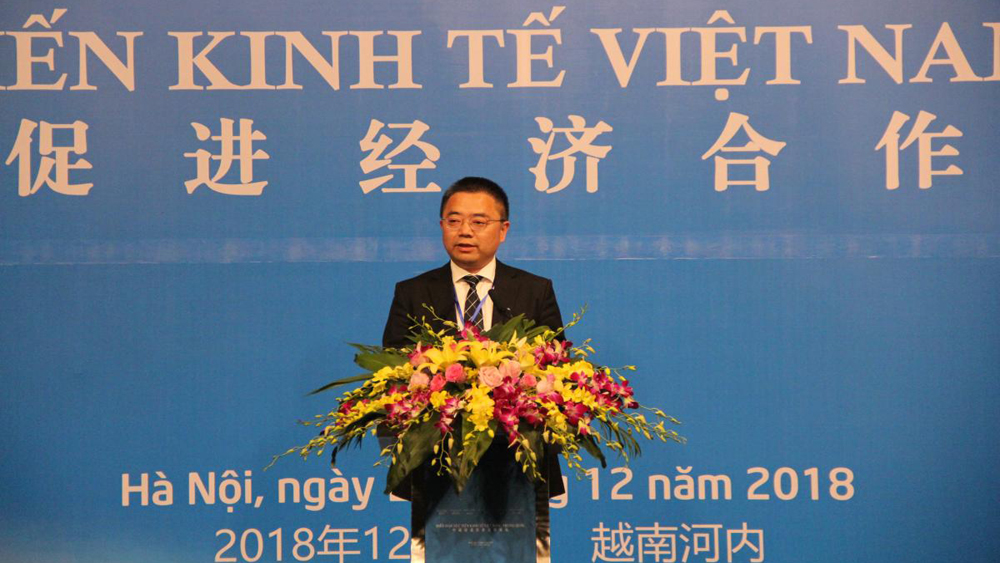 Bac Giang tends to effective and sustainable FDI attraction
(BGO) - So far, Bac Giang province has paid due attention to boosting foreign direct investment (FDI) attraction while creating favorable conditions to welcome foreign investors to the province. The provincial Party Committee, People’s Council and People’s Committee have carried out a number of policies to improve investment and business climate while enhancing the provincial competitive capacity. 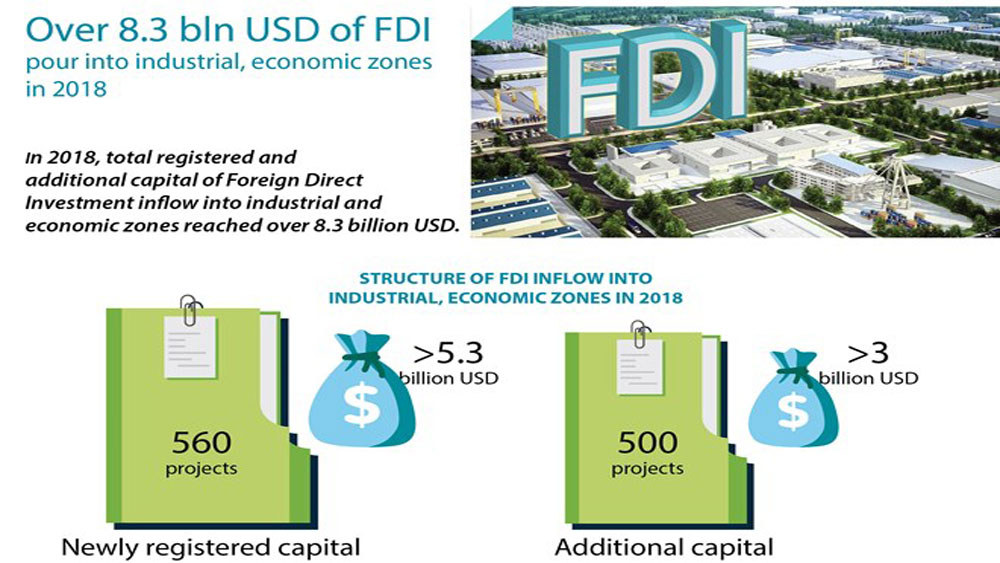 Over 8.3 bln USD of FDI pour into industrial, economic zones in 2018 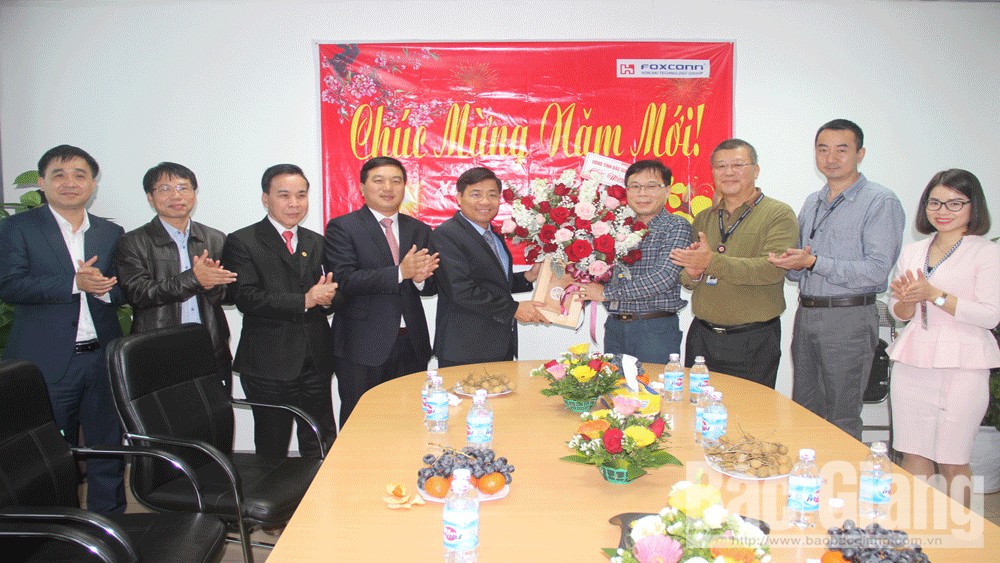 Provincial leader extends Tet Greetings to FDI enterprises
(BGO) – The Vice Chairman of the Bac Giang provincial People’s Committee (PPC) Duong Van Thai on January 14 visited and extended Tet Greetings to some foreign direct investment (FDI) enterprises currently operating in the province. He was accompanied by representatives from the departments of Foreign Affair, Industry Trade, the Management Board of the provincial Industrial Parks and Viet Yen district. 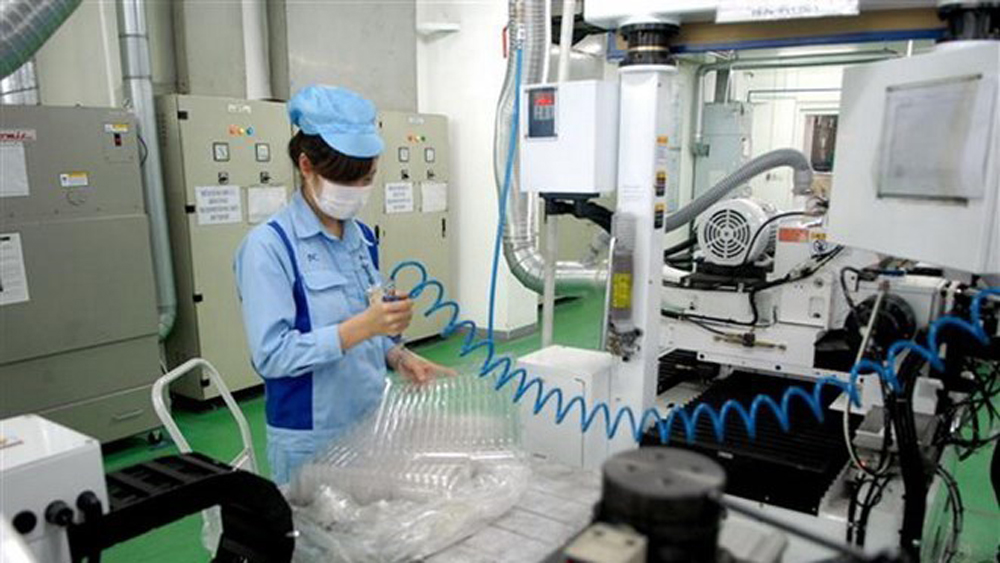